The Myth of Neutrality, Calvinism is the Gospel, Free Will & Liberal Christianity, Why Jehovah's Witnesses Are A Cult, Evolutionist Folly, Arminianism & Works Salvation, Puritan Rising and Why I Am A Calvinist, Free Videos By Jerry Johnson


Jerry Johnson is the President of Nicene Council, a Seminary Professor, Author, the Video Producer of Amazing Grace: The History and Theology of Calvinism and Other Videos, etc.


Jerry Johnson discusses how the modern humanistic and secular state has pulled the wool over the eyes of Christians and many Christian churches -- and how the tax-funded public schools deceive Christians using the myth of neutrality. This is a very important important, short, video that all Christians should watch.


Evolution: The Foot in Mouth by Jerry Johnson (Free Against the World Video)


Join host Jerry Johnson as he discusses some quotes from famous evolutionists that they now want to take back, during this week's edition of Against the World.

"The Puritan Hard Drive is "truly a technological marvel! It is "just wonderful. It is an invaluable resource." - J. Fernandez, Film Producer, "IndoctriNation: Public Schools and the Decline of Christianity in America" (which won Best Documentary at the San Antonio Independent Christian Film Festival)


Why Jehovah's Witnesses are a Cult! by Jerry Johnson (Free Against the World Video)


Jerry Johnson discusses the fact that the Bible does not teach Watchtower doctrine.

I would like to commend our brothers at Still Waters Revival Books for putting together the most complete collection of classic and rare Puritan and Covenanter works. We should rejoice to see so many long out of print works finally available in an easily affordable and searchable format. No longer do we solely have to wait for expensive reprints to trickle out one at a time, year by year. Every scholar, pastor, elder and professing Christian should take a great interest in the Puritan Hard Drive, for it sets before us the golden age of Protestant piety, preaching and scholarship. Everyone should benefit from the labors of these dear, departed saints. - Pastor Brian Schwertley, Westminster Presbyterian Church (Waupaca County, Wisconsin), Author, Debater, Theologian, Conference Speaker, etc.


Jerry Johnson on what is and what is not Calvinism.


Puritan Rising by Jerry Johnson (Free Against the World Video)


Jerry Johnson discusses the vision of victory that was common among the Puritans, most of whom were Postmillennialists (cf. The Puritan Hope: Revival and the Interpretation of Prophecy by Iain Murray, published by Banner of Truth Trust), the place of the law of God in the Christian life, and the sovereignty of God over the sovereignty of man in every sphere of life.

As Luther said, 'Satan hates the use of pens,' and never were pens more powerfully wielded in the cause of God than by the Puritan divines of the seventeenth century." - Publisher's Foreword to Richard Sibbes', The Bruised Reed


Join host Jerry Johnson as he discusses those who believe they have free will and have within themselves the ability to turn from sin to God are really no different than liberal Christianity (so-called) who believe in the goodness of man.


Join host Jerry Johnson as he discusses how Calvinists and Arminians both believe in original sin, but Arminians deny the full effect of the fall into sin.

If you want to understand Reformed theology the Puritan Hard Drive is unsurpassed, outside the Bible itself. There is no other resource, outside Scripture itself, where you can find so much of God's truth as in the Puritan Hard Drive. - Pastor Greg L. Price (Covenanted Presbyterian Pastor, Author, Theologian, etc.) Free online books, MP3s and videos by Greg Price at https://www.swrb.com/newslett/freebook/gprice.htm. 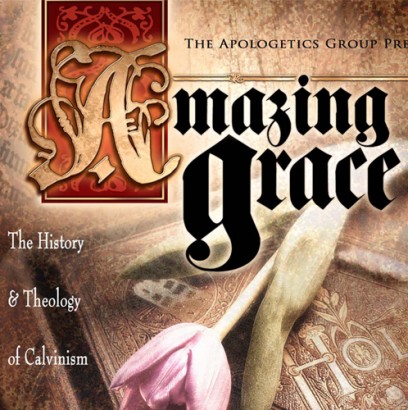 
Just what is "Calvinism?" Does this teaching make man a deterministic robot and God the author of sin? What about free will? If the church accepts Calvinism, won't evangelism be stifled, perhaps even extinguished? How can we balance God's sovereignty and man's responsibility? What are the differences between historic Calvinism and hyper-Calvinism? Why did men like Augustine, Luther, Calvin, Spurgeon, Whitefield, Edwards and a host of renowned Protestant evangelists deny the Arminian definition of free will and label it heresy? Why did the Roman Catholic Church condemn the Reformed teaching of predestination and election and embrace free will theology? And why do so many Protestants, perhaps unwittingly, agree with Rome on this issue? Amazing Grace:The History and Theology of Calvinism is the first video documentary that answers these and other related questions. This fascinating three-part, four-hour presentation is detailed enough so as to not gloss over the controversy. At the same time, it is broken up into ten "Sunday-school-sized" sections to make the rich content manageable and accessible for the average viewer.

In the history of the church's sanctification I don't believe there has been a more valuable extra-biblical resource and tool than the Puritan Hard Drive. It holds some of the most priceless Reformed works of God-centered and Christ-glorifying truth that were ever penned. Most students, ministers and scholars of the Bible would never personally acquire even half the literal number of books on the Puritan Hard Drive, much less the extreme caliber of its contents. In God's providence modern day Christians have been chosen to be the recipients of both a theological and practical blessing. May we not squander it. - Dr. Matthew McMahon, Author, A Puritan's Mind Web site, etc. 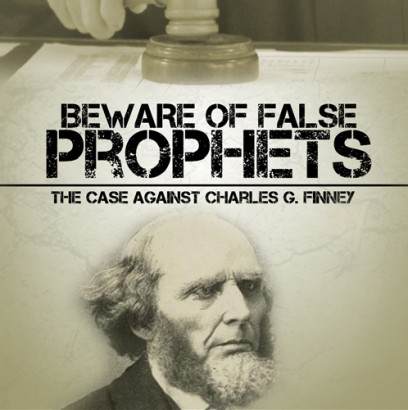 
"For years Charles G. Finney has gotten a free ride from evangelical preachers and churches for various reasons, but mostly because few had ever taken the time to read his obtuse books or even try to understand his theology. Many supposedly came to Christ under him, and that was enough to convince the multitudes that he must be sound and Biblical. But now a number of writers and theologians are opening the door to his theology, and many are shocked to see what he truly believed - Charles G. Finney was clearly and undeniably a heretic-he did not preach nor teach the true gospel, as set forth in the Scriptures. In fact it is not an exaggeration to say that he was one of the greatest heretics of church history! And this is why the current work by Jerry Johnson and NiceneCouncil.com is so valuable-it exposes the reality of Finney's false and damnable theology." - Dr. Tom Ascol, Editor, The Founder's Journal.


If you search the Internet for Reformed and Puritan works you will inevitably see a banner for a product called the Puritan Hard Drive. I often thought, "why would I want to purchase a hard drive when so much of the information (probably) contained on it could be easily found with a free search on the Internet?" Was I ever wrong!


The Puritan Hard Drive is the best resource money can buy.


It is easy, simple to use and the search feature cut down my time searching web pages that had absolutely nothing to do with the query I typed into the search engine. Not to mention a lot of the material is not accessible on the Internet.


To have so many books and articles at my fingers-tips is both truly amazing and a blessing. The Puritan Hard Drive just added thousands of volumes that I never could afford, nor store, to my library.


If you, like me, love the Puritans and Reformed theology, then the Puritan Hard Drive is simply a resource that you cannot live without."


The Myth of Neutrality, Calvinism is the Gospel, Free Will & Liberal Christianity, Why Jehovah's Witnesses Are A Cult, Evolutionist Folly, Arminianism & Works Salvation, Puritan Rising and Why I Am A Calvinist, Free Videos By Jerry Johnson

Click here to view many customer comments on SWRB