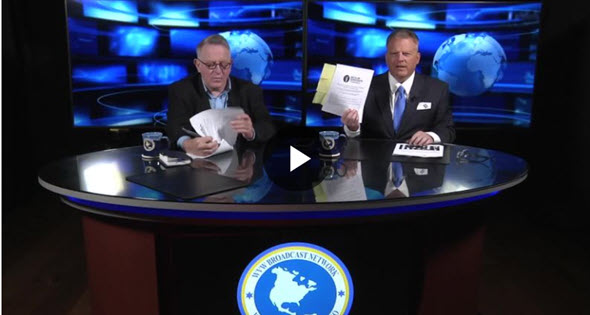 
Excerpt: A group backed by congressional Democrats touting a “Secular America” has sent a 28-page document to the Biden transition team ... The group, calling themselves the Secular Democrats of America, sent the letter to Biden’s team under the title “Restoring Constitutional Secularism and Patriotic Pluralism in the White House: Prepared exclusively by Secular Democrats of America PAC for President-elect Joe Biden and Vice President-elect Kamala Harris Transition Team.” The document, presented by Reps Jamie Raskin, D-Md., and Jared Huffman, D-Calif., and endorsed by Rep. Jerry McNerney, D-Calif., states that an incoming Biden administration must “educate the American public,” particularly those identified as the “religious right,” on the need to keep their “religious dogma” to themselves. The document calls for a purge of social conservatives from all levels of government, labeling them as “white nationalist” and “conspiracy theorists.” ... The document demonizes conservative Christians as enemies of the state, equating them with “white nationalists” and “white supremacy,” which to the left is code for fascism, deserving of extreme retribution and ostracizing them from society. ... Yet, this document will undoubtedly find a receptive ear in the Biden camp, which has already been infiltrated by Chinese-supporting communist sympathizers. One such person is Anita Dunn, who Biden hired last summer to be the chief strategy adviser. Dunn was caught on audio saying her favorite political philosopher is Chairman Mao Tse Tung, the godfather of Chinese communism who was responsible for launching the Chinese Cultural Revolution that brutally forced the Chinese people to submit to his strict anti-freedom, anti-God, anti-religion policies that erased Christianity from public life and enthroned the state as the one and only acceptable god in that country. ... While they don’t call themselves communists, radicalized Democrats plan to launch a similar cultural revolution in America if Biden gets in power, said Loudon. “The Democratic party is now a Marxist party,” Loudon said. “This document is aimed at the Marxists’ main enemy in this country, which is traditional Christianity. It’s very, very clear.” ... “Even if you’re black you can be a ‘white nationalist’ in these folks’ eyes and you’re a danger to society,” Loudon said. “You’re residing in a country whose Declaration of Independence says your rights come from God, you believe in borders, freedom, but if you believe in that according to these people, you’re an enemy of the state.” “If you believe that, you need to be shut down, reprogramed and put out of business.” The Secular Democrats of America publishes on its website a list of atheist and humanist elected officials who support its agenda of wiping all vestiges of Christianity from public life, from the federal level all the way down to the state and local levels. ... Loudon said Marxists are historically “very efficient about identifying their enemies.” “Look at any communist revolution in history and they always have lists, of who to go after, who their enemies were, who to shut down, who to arrest, who to execute. Marxists take revolution as a science, they’re very methodical,” he said. “And they always have lists.” And atop that list is traditional Christianity. Why? Because it honors a higher authority than the state. “These people are secular Marxists,” Loudon said. “Their own religion is the state. They do not want competition. They are absolutely antithetical to religion. You see this in California. They shut down churches but strip clubs and casinos are still open.” Loudon challenged Christians to get prepared for the most anti-Christian administration in history should Biden get inaugurated.


Marxism is nothing more than a repackaging of ancient paganism in a mask of pseudo-science and Godless modernity.


Democratic memo declares 'rise of white Christian nationalism is a national security threat' - A Political Action Committee and a group of Democratic lawmakers want Joe Biden to pursue a 'secular agenda' that pushes back religious liberty gains made under Trump.

Excerpt: In the area of education policy, the document suggested that the U.S. Attorney General "confer with the Department Office of Legal Counsel to issue a memorandum regarding enforcement of the Establishment Clause in public schools, including students’ protection from school-sponsored proselytizing and teaching accurate, evidence-based, secular curriculum rather than creationism in the schools."

"In the history of extra-biblical study and research tools there has never before been a resource as useful as the Puritan Hard Drive." - Paul Washer, HeartCry Missionary Society


"The idea of millions of years came from the belief that the fossil record was built up over a long time. As soon as people allow for millions of years, they allow for the fossil record to be millions of years old. This creates an insurmountable problem regarding the gospel. The fossil record consists of the death of billions of creatures. In fact, it is a record of death, disease, suffering, cruelty, and brutality. It is a very ugly record. The Bible is adamant though, that death, disease, and suffering came into the world as a result of sin. God instituted death and bloodshed because of sin so man could be redeemed. As soon as Christians allow for death, suffering, and disease before sin, then the whole foundations of the message of the Cross and the Atonement have been destroyed. The doctrine of original sin, then, is totally undermined. If there were death, disease, and suffering before Adam rebelled -- then what did sin do to the world? What does Paul mean in Romans 8 when he says the whole of creation groans in pain because of the Curse? How can all things be restored in the future to no more death and suffering, unless the beginning was also free of death and suffering? The whole message of the gospel falls apart if one allows millions of years for the creation of the world." - The Necessity for Believing in Six Literal Days by Ken Ham. Also hear Six Day Creation and The Eisegesis Problem by Ken Ham (Free MP3) and "The Doctrine Of Original Sin (26 Free MP3s) by Jonathan Edwards.

Trump Did More for Religious Freedom Than Any Other Administration, Says Kelly Shackelford 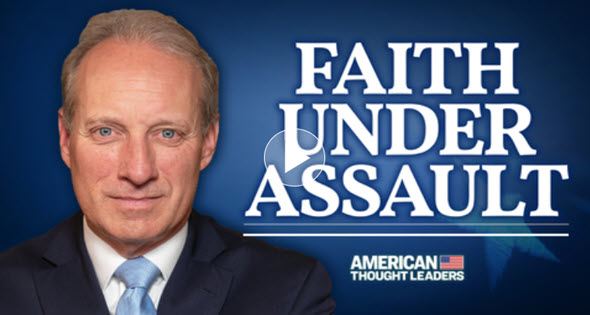 The Vatican's Deal With Communist China and Globalist Tyrants: She Met With Pope Francis and Globalists at the Vatican and Now This Attorney Warns of Their Global Communist Agenda, Climate Change Being Used For These Satanic Purposes, Etc. 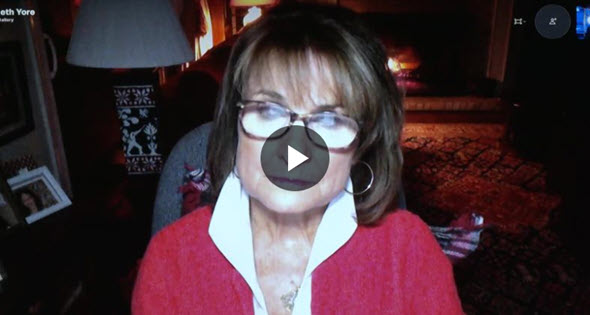