Hardness of Heart in Christians, Why Hast Thou Hardened Our Heart From Thy Fear? by John Owen (Free MP3)


This is good as it gets regarding teaching about sanctification, assurance and the marks of apostasy. Thirty-nine minutes of brilliant biblical content and teaching about how to seek hard after the Lord, put off sin, and get or stay on the pathway of full assurance. Thomas Sullivan, the narrator, writes, "Nothing to compare to Owen! In the last week I have read and looked through Puritan works from Robert Bolton, Obadiah Grew, Jonathan Edwards, John Bunyan, Richard Baxter, Richard Greenham, and yet when I read through this I think Owen has no equal. This answers the question whether sin indwells in a professor or still has dominion over him. Though the warnings are terrific, if one follows the logic carefully and knows anything of Romans 7:14-25 the true believer will be most helped in his assurance. But, as Rabbi Duncan would say, prepare for the knife." (Comment from SermonAudio).

We are never nearer Christ than when we find ourselves lost in a holy amazement at His unspeakable love. - John Owen (on the Puritan Hard Drive)

They who love any thing better than Christ are not worthy of him. - Covenanter field Minister James Renwick, on the day of his martyrdom (on the Puritan Hard Drive)

Let no man think to kill sin with few, easy, or gentle strokes. He who hath once smitten a serpent, if he follow not on his blow until it be slain, may repent that ever he began the quarrel. And so he who undertakes to deal with sin, and pursues it not constantly to the death. - John Owen (on the Puritan Hard Drive)

"Let our hearts admit, 'I am poor and weak. Satan is too subtle, too cunning, too powerful; he watches constantly for advantages over my soul. The world presses in upon me with all sorts of pressures, pleas, and pretences. My own corruption is violent, tumultuous, enticing, and entangling. As it conceives sin, it wars within me and against me. Occasions and opportunities for temptation are innumerable. No wonder I do not know how deeply involved I have been with sin. Therefore, on God alone will I rely for my keeping. I will continually look to Him." - John Owen

Sin is cosmic treason. Sin is the treason against a perfectly pure Sovereign. It is an act of supreme ingratitude toward the One to whom we owe everything, to the One who has given us life itself. - Dr. R.C. Sproul, The Holiness of God, p. 116.

Take heed of all occasions of idolatry, for idolatry is devil-worship. Psalm 106: 37. If you search through the whole Bible, there is not one sin that God has more followed with plagues than idolatry. The Jews have a saying, that in every evil that befalls them, there is uncia aurei vituli, an ounce of the golden calf in it. Hell is a place for idolaters. 'For without are idolaters.' Rev 22: 15. Senesius calls the devil a rejoicer at idols, because the image-worshippers help to fill hell. - Thomas Watson, The Ten Commandments, emphases added (on the Puritan Hard Drive)

"Prayer will make a man cease from sin, or sin will entice a man to cease from prayer." - John Bunyan (on the Puritan Hard Drive)


Scott Brown: Hey Reg Barrow, this is Scott Brown. I'm doing a conference on the Baptist Confession of 1689, and just right after I gave my last message, this guy comes up to me, and he asks me a question about the Puritan Hard Drive. So, what did you ask?
Tall Guy: Scott, this is a simple question: What do you think of the Puritan Hard Drive?
Scott Brown: I love it. You have to get it. It's the best thing. It's the best for the money you'll ever get anyplace in books.
Tall Guy: Okay. Here's a question, 'cause I've read a little bit about it. But tell me about the Search Engine. Is it, do you type in an author, do you type in a word, a topic, what do you do?
Scott Brown: Yes, yes, author, topic. It's so easy, it will take you to anything you want. It's absolutely phenomenal.
Tall Guy: Have you exhausted the resources?
Scott Brown: You cannot exhaust them. It's impossible. It's so vast. But I'm telling you, as far as a research tool, it's second to none. Unbelievable stuff. And the search, the search function is just beautiful.
Tall Guy: Alright, thank you.
Scott Brown: There you go. 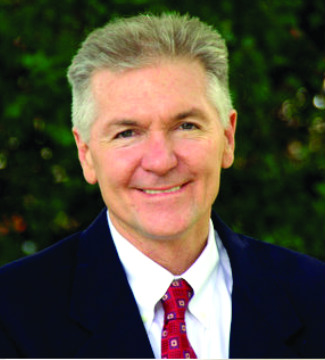 
Still Waters Revival Books has performed an astonishing feat in pulling together a massive collection of books and other resources.


Let me tell you how absolutely fantastic the Puritan Hard Drive really is.


This is a treasure trove for a local church pastor.


The search ability is beyond my expectation.


I was just on the island of Iona where Columba established a missionary outpost sending evangelists all over Britain.  Searching the hard drive for "Columba" added much to my understanding of this great leader through the eyes of Spurgeon and many others.


Thank you so much... for going to the trouble to make this available.


I am greatly improved by it and I anticipate the pace of worldwide reformation to be improved as well.


Below is the blog post from the link above:


On my way across the ocean to study the reformation, I did not have a suitcase of books as I usually do. I was lamenting that fact at the airline ticket counter and my daughter Claudia said to me, "Papa, close your eyes and step into the new world." Well, let me confess: on my computer I have approximately 13,000 puritan and reformed books which I have acquired through my son downloading ebooks and a gigantic collection put together by Reg Barrow from Still Waters Revival Books. I am now like Abdul Kassem Ismael, Grand Vizier of Persia who, in the tenth century, carried his library with him wherever he went. The 117,000 volumes were carried by 400 camels which were trained to walk in alphabetical order.


TRANSCRIPT OF VIDEO ABOVE:


College Student: The Puritan Hard Drive is excellent. It's got a search function that's unparalleled. You can find anything you want [inaudible]. There's dozens of works on family worship, dozens of works on the purity of God's worship, church government, church history. We were talking about a book on the Puritan view of law, and all of the footnotes you could find it on the Puritan Hard Drive. This is great. Everyone has to buy it. It's one of the greatest tools for reformation in the church. I think it's an investment for every family.