In stunning testimony, McInerney stated his sources have told him U.S. Army Special Forces, possibly the famed Delta Force, raided the CIA-run server farm in Frankfurt, Germany. 5 soldiers were killed in the ensuing firefight, as well as one CIA paramilitary. The CIA personnel were allegedly flown in from Afghanistan for security, according to reports.

Subsequent review of the secured servers yielded proof that China, Iran, and Russia were involved in the attempted coup against President Donald Trump, who will be shown to have won an overwhelming victory for the American people, McInerney revealed.

“These people have committed treason,” declared McInerney. He pleaded with President Trump to not leave office until the treason is uncovered, otherwise America will be fatally wounded and ripe for takeover by our enemies.

McInerney also stated that he believes President Trump knew the steal was coming, hence his executive order issued for sanctions for interference in our elections by foreign powers.

According to his bio, McInerney was a forward air controller and fighter pilot during the Vietnam War and had flown 407 combat missions during his four tours of duty. In other words, a patriot and trustworthy.

Reports are now circulating that General Flynn is involved in helping the President with a private intelligence operation.


As with all links we provide, we only agree with that which is in agreement with the Bible at the sites where the URLs point 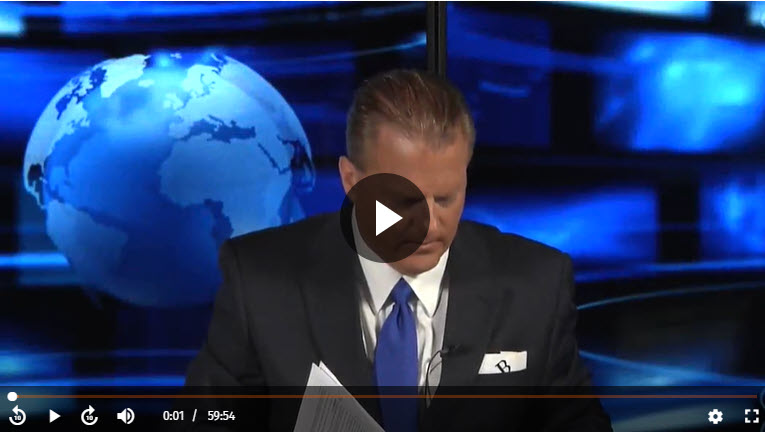 
Biblical Civil Government Versus the Beast; and, The Basis For Civil Resistance by Greg Price (Free Online Book)

"The nations are bound to recognize the Bible as the supreme law of the land; as the standard of civil legislation. God's law as recorded in the Bible, reaches all the possible relations of humanity; extends to every duty that can be performed, and fastens its claims on associated bodies of men, as well as upon individual persons. Were this not true, we should have this monstrous anomaly in Jehovah's government, that while men, as individuals, are bound by the laws recorded in the Bible, in their congregated capacities, they may set these laws at defiance, and even contemn as citizens, what as Christians they are bound to honor and obey. ... The nations are bound to evince their subjection to the Son of God, by filling all their official stations with upright, godly and able men. ... In all their political institutions the nations are bound to subserve the interests of the church of God, and promote, truth and godliness. ... In all their civil, criminal, and international concerns, the kingdoms should have a supreme regard to the glory of God." - The Subjection of Kings and Nations to Messiah (1820, emphases added) by James R. Willson on the Puritan Hard Drive


As PA legislature files election challenge, Sen. Doug Mastriano shows incontrovertible evidence of massive voter fraud - Anyone who can look at this fact and not acknowledge voter fraud is either extremely bad at math or a purely partisan hack with no sense of honor.


Non-Partisan Group Releases Disturbing Findings In MI Election Results...“It would seem that the tabulating equipment in each precinct has been programmed to shift a percentage of absentee votes from Trump to Biden”


FEC Chairman Trainor Says All the Election Fraud This Year "Makes This An Illegitimate Election!" (Video)


The Anti-Trump Dominion CEO Eric Coomer Who Wrote An Antifa Manifesto On His Facebook Page, Installed “Update Software” On Over 30,000 Georgia Machines RIGHT BEFORE THE ELECTION