Exposing The Plan To Siege the US Capitol On January 6th, 2021. What happened on January 6, 2021 was part of a well prepared contingency plan to disrupt President Trump’s chances to contest the election results, which were riddled with fraud. Now Let me reveal some of the "shadow actors" involved in it. 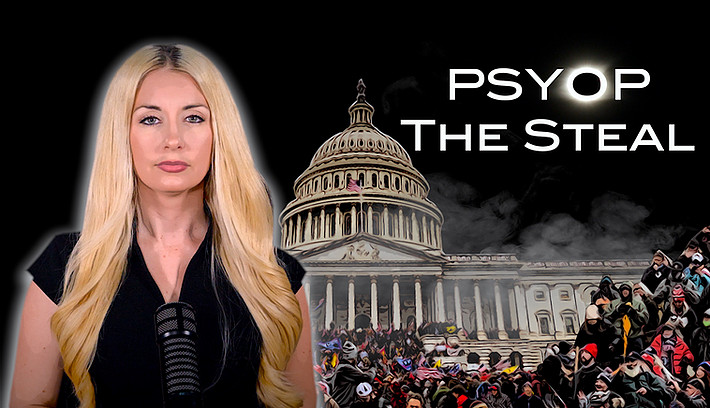 The nations are bound to recognize the Bible as the supreme law of the land; as the standard of civil legislation. God's law as recorded in the Bible, reaches all the possible relations of humanity; extends to every duty that can be performed, and fastens its claims on associated bodies of men, as well as upon individual persons. Were this not true, we should have this monstrous anomaly in Jehovah's government, that while men, as individuals, are bound by the laws recorded in the Bible, in their congregated capacities, they may set these laws at defiance, and even contemn as citizens, what as Christians they are bound to honor and obey. ... The nations are bound to evince their subjection to the Son of God, by filling all their official stations with upright, godly and able men. ... In all their political institutions the nations are bound to subserve the interests of the church of God, and promote, truth and godliness. ... In all their civil, criminal, and international concerns, the kingdoms should have a supreme regard to the glory of God. - The Subjection of Kings and Nations to Messiah (1820, emphases added) by James R. Willson on the Puritan Hard Drive


Top Democrat Nadler Derides God: “God’s Will Is No Concern Of This Congress”

The supreme magistrate is, custos utriusque tabulæ, a keeper of both tables of the law. If he may punish evil-doers, who offend against the second table, and force and compel them to obedience; much more may he punish idolaters and blasphemers, who offend against the first table, &c. - David Dickson, Truth’s Victory Over Error (A Commentary On the Westminster Confession of Faith, WCF), &c. chap. 23, cited here.


The Left Wants You To Believe The Marxists Have Won, But Marxists Never Stop, So They Never Win (& How Leftists Use Fear, COVID, Etc., To Enslave Populations)


340 Million Christians Persecuted Last Year: China (the Chinese Communist Party [CCP] and the Vatican Persecuting the Underground Christian Church) Nigeria (Islamic Jihad Against Christians), Pakistan, and India, Some Of the Worst Persecutors, Among Many Other Nations. (Video)

"The blood of the martyrs is the seed of the Church." This crimson adage is a striking truth. "If ye burn any more," quaintly said one who had observed the effects of the martyrdom of Wishart on the public mind, "burn them in your cellar, for the smoke infects all upon whom it is blown." - J.C. McFeeters, Sketches of the Covenanters (on the Puritan Hard Drive

O Lord, Thou hast brought me within two hours of eternity, and this is no matter of terror to me, more than if I were to lie down in a bed of roses; nay, through grace to Thy praise, I may say I never had the fear of death since I came to this prison; but from the place where I was taken, I could have gone very composedly to the scaffold. O! how can I contain this, to be within two hours of the crown of glory! - James Renwick, Scottish Covenanter and martyr for the Lord Jesus Christ, on the day of his martyrdom, from Biographia Scoticana or Scot's Worthies on the Puritan Hard Drive


Historicism (Every Classic Reformation Confession, Creed, Covenant, and Catechism Was Historicist When Dealing With Eschatology), Free